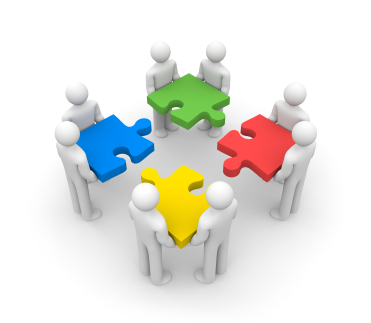 The manager has an open office policy. He involves staff in decision making, asks for feedback about new programs and initiatives, and helps out on the floor often. Still, he frequently finds staff are hesitant to speak openly about problems they see and challenges they face in their everyday work. He oftentimes doesn’t find out about issues until they become big problems, and there is a steady stream of bickering among many of the staff members.

The manager has held meetings to talk with staff about his desire for everyone to communicate openly and proactively. He assures staff they can drop by his office anytime—he almost always arrives early and leaves late. He walks the halls to check in with staff and asks how he can help. Still, the fundamental challenges remain. So what is missing? Why are his staff still reluctant to engage?

A key ingredient to high functioning teams is “psychological safety,” a term that describes individuals’ perceptions about the risks of their actions on interpersonal relationships. Amy Edmundson, a professor at Harvard Business School, has researched psychological safety and its impact on team performance extensively: “It consists of taken-for-granted beliefs about how others will respond when one puts oneself on the line, such as by asking a question, seeking feedback, reporting a mistake, or proposing a new idea. One weighs each potential action against a particular interpersonal climate, as in, ‘If I do this here, will I be hurt, embarrassed or criticized?’” (An excellent read is Edmundson’s recent book, “Teaming:How Organizations Learn, Innovate, and Compete in the Knowledge Economy“.)

This is crucial to understand. An open-door policy may sound great from a leader’s perspective; they just have to sit back and wait for staff to come talk. But if individual staff members worry about being judged for “going to the boss’ office,” or believe that their boss will overreact—or, worse, do nothing—they may be reluctant to risk the effort.

Psychological safety may sound like a familiar concept, especially if you work with one of the many organizations that has invested in developing a strong culture of trust and respect. Psychological safety is related to trust, as both involve perceptions about risk and vulnerability. But the differences between the two are important, too: trust involves perceptions about another’s future actions towards you, and generally considers a longer-term timeframe across many interactions, whereas psychological safety is an internal calculation about how others will perceive a specific action in the relatively immediate future.

These differences are important, in two key respects. First, the focus of psychological safety’s effect is a near-term calculation. This means a person may choose a course of action with negative long-term consequences to avoid a short-term embarrassment or reprisal. Consider the all-too-common example of a CNA who observes an unsafe condition but fails to speak up because she is fearful of being labeled “a troublemaker.” The long-term potential for harm should outweigh the short-term risk of standing out—but often it doesn’t. Second, trust involves holding a belief about how another person will treat you in the future, whereas psychological safety involves an assumption about how your own actions will be perceived by others. Individuals with lower self-esteem and self-confidence may struggle to take risks even in environments where there is trust. In addition, the experience of the group tends to influence psychological safety much more than trust; if you witness a team member being criticized or embarrassed, you are much more likely to censor your own actions in defense.

A lack of psychological safety manifests itself in myriad ways: employees are less likely to speak up if they have concerns or reservations; co-workers may observe mistakes, but fail to call attention to them; managers stick to the status quo, rather than attempt a risky innovation or improvement effort; teams are less capable of achieving goals that require communication and interpersonal interaction.

So, how can a leader combat these tendencies within their organization? Here are 3 practices to promote a culture of psychological safety.

Increasing the psychology safety in an organization takes time, commitment and courage. But the benefits– improved patient safety, increased employee engagement, and strong, more resilient teams are well worth the struggle.