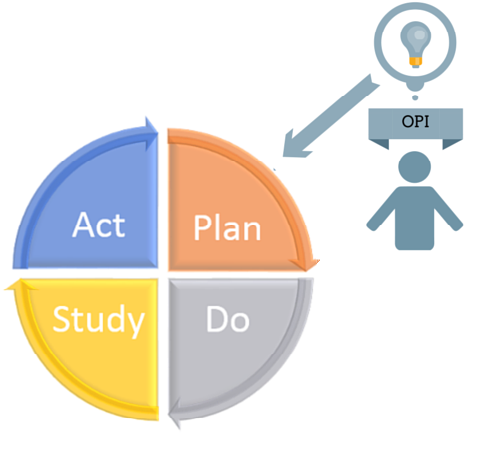 Since the late 1980’s, nursing homes nationwide have taken dramatic steps to reduce the use of physical restraints among their residents. For many, this meant replacing lap belts and limb ties with bed and pull-tab alarms. These alarms attempt to alert staff to a resident about to fall, although studies of their effectiveness are inconclusive, at best. Many professionals now consider alarms to be unneeded, anachronistic, and disruptive to a resident’s wellbeing and quality of life—although removing them can be challenging, as Greenville Manor discovered.

When administrators at Greenville first proposed the idea of removing alarms, staff, family members and even some residents worried about the effect on resident safety and security. Although they were excited about eliminating the alarms to improve the atmosphere in the nursing home, the administrative team decied to utlize a Plan-Do-Study-Act (PDSA) cycle to test whether alarms could safely be removed without jeopardizing residents. A small, interdisciplinary team convened to work on the problem. By talking with staff and residents, and conducting online research, the team determined a number of root causes behind resident falls. The team also examined the process by which a nurse added an alarm to a resident’s care plan, and noted that very little investigation typically occurred. By organizing fall causes in a Pareto chart, the team was able to target the top 3 reasons and develop an education program to address those causes.

The team developed a test plan to remove an alarm from one resident and measure the results. After two weeks of no increased falls, the test was expanded to include seven additional residents (one nursing section). The team met frequently to analyze fall data and check in with staff involved in the test pilot. During the test, an alarm was discovered on one of the residents. The team quickly investigated and discovered that one of the night shift employees had been absent from a recent team meeting and did not receive the pilot notice in her mailbox. After correcting the issue, the team made a note to follow-up with a night shift focus group to talk about communication challenges and ways to better communicate between shifts.

After one month, the team determined that removing the alarms had actually resulted in a slight decrease in the number of falls in that section. (Later, the team learned that this result was not uncommon in communities that were successful in removing alarms.) The team decided to move forward with expanding the pilot, but to adjust the communication plan to ensure all staff and other stakeholders received adequate notice of the change.

At the next all-staff meeting, the team shared the results of the test, and solicited reactions from other team members. Staff who were involved in the pilot, along with the project team, responded to questions and helped to allay remaining fears about removing alarms throughout the community. Over the next three months, successive neighborhoods removed alarms while staff carefully monitored fall data. A community-wide party celebrated the removal of alarms, and a record of the before and after fall data was prominently displayed in the staff conference room.